The Creation as a Vision and a Drama 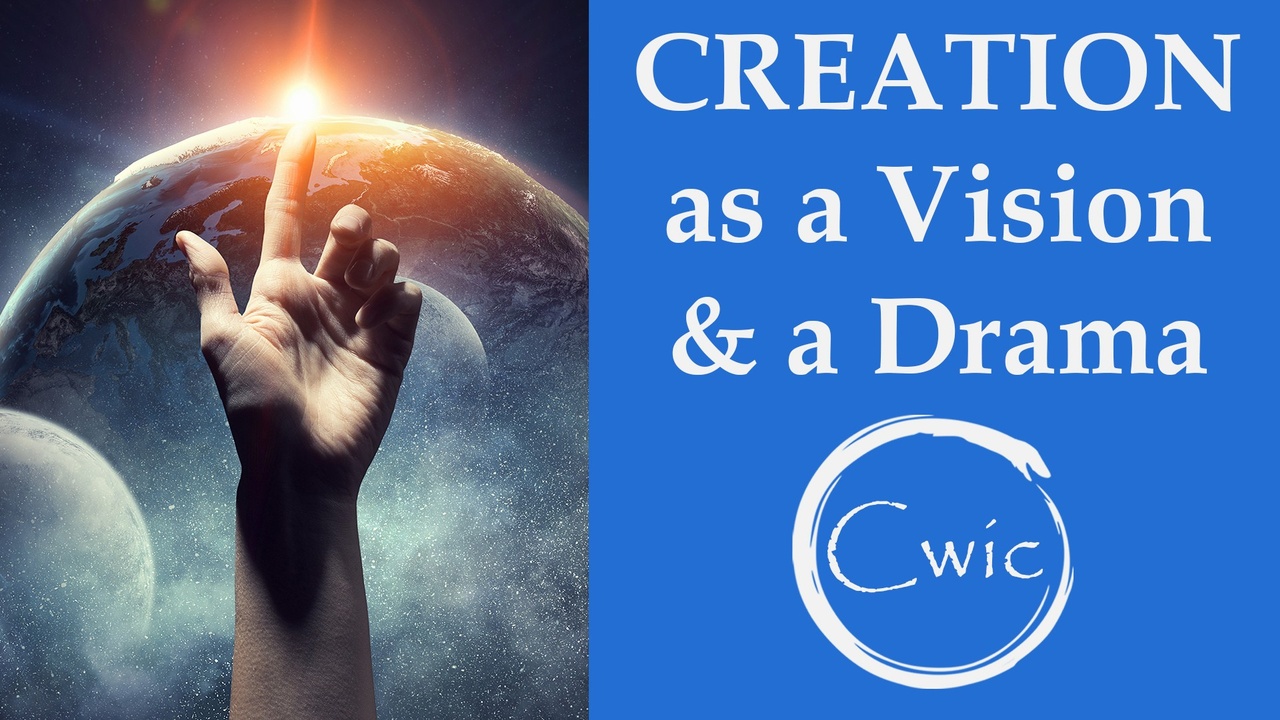 The Creation and Garden of Eden stories are masked with mystery. But one way of looking at these stories can provide keys to better understand them. Those keys are "Vision" and "Drama". In other words, in all three scriptural sources of the Creation story (the Old Testament, Book of Moses & Book of Abraham) we can see that these accounts were given as visions, only partially based in history. Therefore, trying to reconcile science with a symbolic, spiritual account doesn't make a lot of sense. These accounts were written as temple liturgy. Moses, after seeing his vision while on the mountain, built the tabernacle according to the vision of the Creation and its seven days.

Because Genesis starts with "In the beginning, God created the heaven and the earth" we assume that this is all history. It is not. It may have historical elements and real characters, but it is a vision of how to build the temple and to create the temple drama. The Garden of Eden story which follows the Creation story is a part of that drama. It is about YOU. YOU are Adam or YOU are Eve! It is a ritual "drama" made so that you can participate in it. So that you can follow the steps of Adam and Eve.

The odd names and symbolism in Abraham chapter 3 such as "Kolob" can more easily be understood as a temple vision. This is hierarchy! It is not a physical or scientific explanation of the cosmos. It is theology. It is an account created for a temple drama!

"Even the most devout and sincere believers in the Bible realize that it is, like most any other book, filled with metaphor, simile, allegory, and parable, which no intelligent person could be compelled to accept in a literal sense. .. The Lord has not taken from those who believe in his word the power of reason. He expects every man who takes his "yoke" upon him to have common sense enough to accept a figure of speech in its proper setting, and to understand that the holy scriptures are replete with allegorical stories, faith-building parables, and artistic speech. ... Where is there a writing intended to be taken in all its parts literally? Such a writing would be insipid and hence lack natural appeal. To expect a believer in the Bible to strike an attitude of this kind and believe all that is written to be a literal rendition is a stupid thought. No person with the natural use of his faculties looks upon the Bible in such a light." [Joseph Fielding Smith, Jr., Doctrines of Salvation, Bookcraft, 1956, vol. 3, pg. 188].

"What a fascinating story is inscribed upon the stony pages of the earth's crust! ... The opening chapters of Genesis, and scriptures related thereto, were never intended as a textbook of geology, archaeology, earth-science or man-science. Holy Scripture will endure, while the conceptions of men change with new discoveries. We do not show reverence for the scriptures when we misapply them through faulty interpretation." [James E. Talmage, "The Earth and Man," address delivered in the Salt Lake Tabernacle, 9 Aug 1931, and published by the Church under direction of the First Presidency].

"On the other hand, to limit and insist upon the whole of life and death to this side of Adam's advent to the earth, some six or eight thousand years ago, as proposed by some, is to fly in the face of the facts so indisputably brought to light by the researcher of science in modern times, and this as set forth by men of the highest type in the intellectual and moral world; not inferior men . . . These researchers after truth are of that class. To pay attention to and give reasonable credence to their research and findings is to link the church of God with the highest increase of human thought and effort. On that side lies development, on the other lies contraction. It is on the former side that research work is going on and will continue to go on, future investigation and discoveries will continue on that side, nothing will retard them, and nothing will develop on the other side. One leads to narrow sectarianism, the other keeps the open spirit of a world movement with which our New Dispensation began. As between them which is to be our choice?" [B. H. Roberts, The Truth, the Way, the Life, originally written 1931, published by Smith Research Associates, Salt Lake City, UT, 1994, pg. 364].