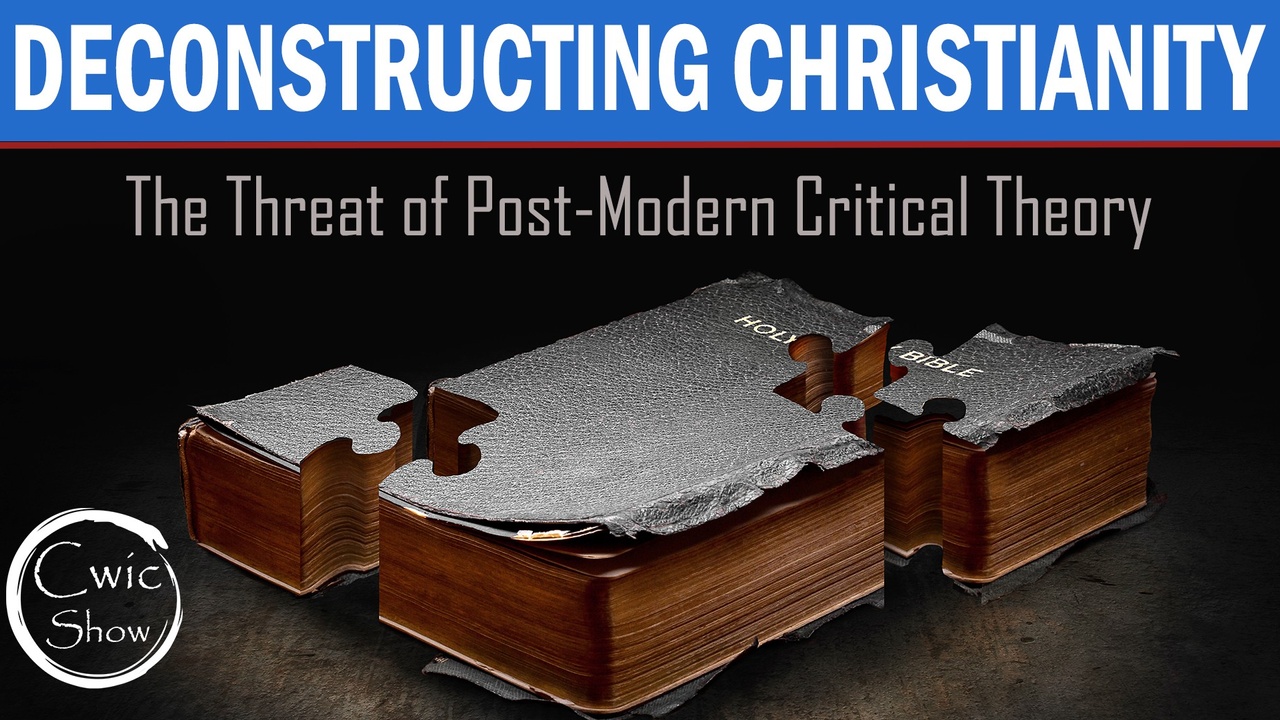 Deconstructing Christianity
A major threat to Christianity and its cornerstone book, the Bible, is the worldview and ideology of Post-Modern Critical Theory. Obviously the conjunction of Post-Modernism and Critical Theory along with a few other philosophies. It is the antithesis of Christianity and strives for segregation, separation, and several new narratives of the Bible and the very nature and story of Jesus Christ. It pits your "group" against your "self" by reducing the importance of the individual and ranking the level of your "grievance group". It is not a product of love nor of service to others. It is a self-serving philosophy built over decades that has morphed from Marxism to Critical Theory, then added Post-Modernism, Critical Race Theory, and Intersectionality to create a "hydra" type of worldview whose aim is to "deconstruct Christianity", the family and the West.