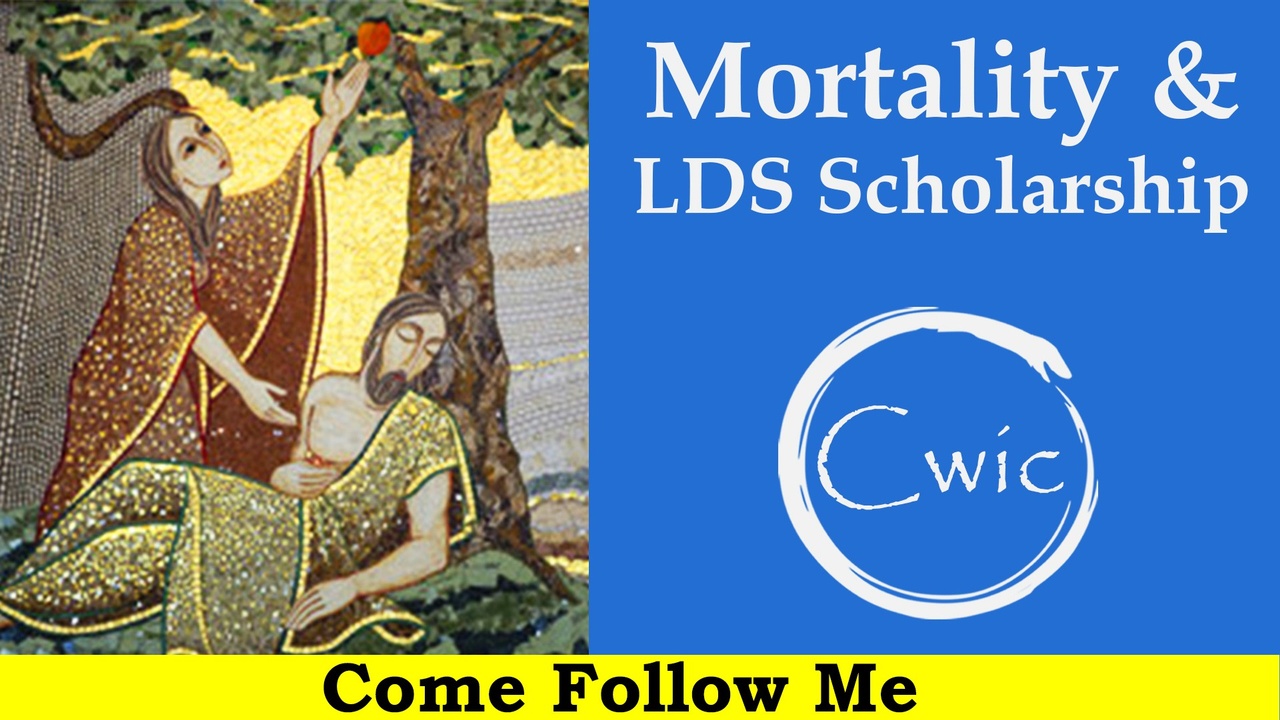 In the Garden of Eden, the Serpent told the truth and lied to Eve. He told her that she would "be like the Gods". That was true. She would receive the "law", or commandments, and that could bring her to God. But he lied about death because she WOULD die, both physically and spiritually as she entered MORTality. And he would in fact be doing everything he could to make that happen.

An observation on the state of LDS Scholarship and Mormon Studies- They are like the allegory of Zenos. Wild branches are brought into the vineyard to bring life to the olive trees. But they can take over the trees and not bear good fruit. It is a game of balance. We see excellent LDS scholarship right now, but the wild branches are evident and growing stronger. Critical Theory and Post-Modern approaches to the gospel and scripture are growing stronger.