Is Politics Your New Religion? 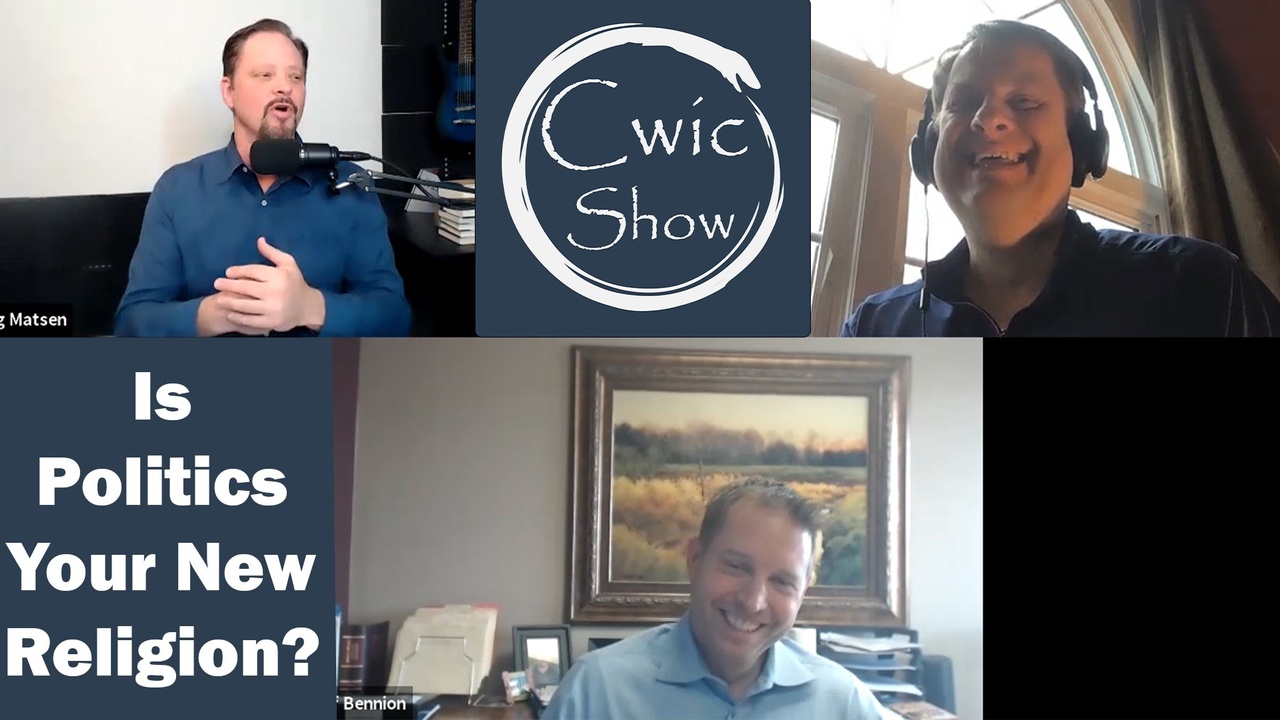 In a fiercely, politically divisive time many seem to take their political passion and raise it above the values and adherence of their religion.

A big part of this rise in political passion is the emergence of identity politics fueled by Critical Theory and Intersectionality along with the reactionary Trump movement on the right. We are breaking down into 'ites' and a new tribal intensity.

Dan Ellsworth & Jeff Bennion discuss the implications of this volatile environment where not only the Left, but the Right now as well has adopted identity politics.

Dan Ellsworth and Jeff Bennion are both popular bloggers and have written numerous articles. Here are some of those articles that are referenced in our conversation-

Is Politics Your New Religion? - https://nauvooneighbor.org/2021/01/11/is-politics-your-new-religion/

Whose Image Are You Seeking In Your Countenance? - https://publicsquaremag.org/editorials/whose-image-are-you-seeking-in-your-countenance/

And Not One Soul Shall Feel Excluded - https://publicsquaremag.org/editorials/and-not-one-soul-shall-feel-excluded/

Intersectional Anger on the Left and Right - https://publicsquaremag.org/editorials/intersectional-anger-on-the-left-and-right/