Cwic Show- Don Bradley, The Lost 116 Pages of The Book of Mormon 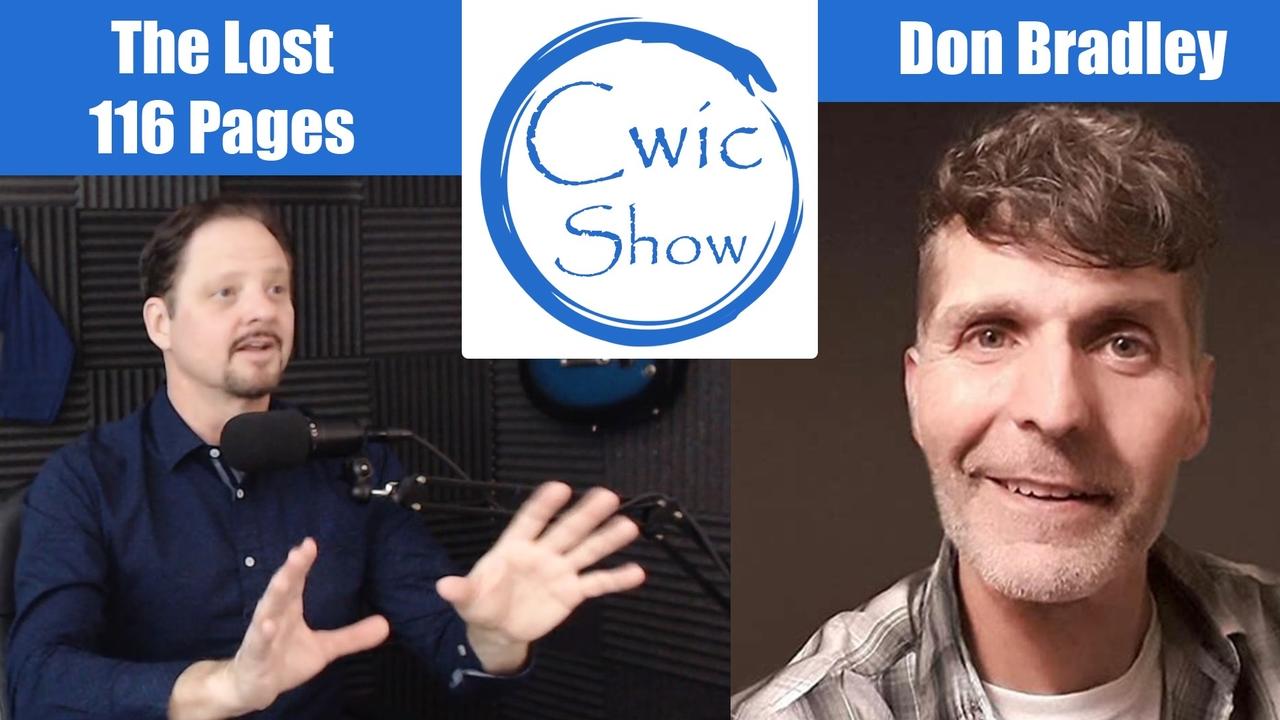 'The Lost 116 Pages'
- The Brass Plates May have been originated by Joseph of Egypt in Egyptian
- The Sword of Laban may also be from Joseph & Joshua
- Both Moroni and The Brother of Jared appear to have left a physical 'seal' on the Plates of Gold.
- The Book of Mormon comes to light on key dates of Jewish festivals.

The Lost 116 Pages: Reconstructing the Book of Mormon's Missing Stories- https://amzn.to/2Je1fMz  This book is a must read!

Don Bradley is an author and independent historian specializing in the beginnings of the Latter-day Saint Restoration movement. He completed a Bachelor's in History at BYU and a Master's in History at Utah State University, where he wrote his thesis on "American Proto-Zionism and the 'Book of Lehi': Recontextualizing the Rise of Mormonism." Don has performed an internship with the Joseph Smith Papers Project working with the earliest Joseph Smith sources. He was the primary researcher for Brian C. Hales's Joseph Smith's Polygamy series. He has published on the translation of the Book of Mormon, polygamy before Nauvoo, Joseph Smith's "grand fundamental principles of Mormonism," and the Kinderhook plates, and has forthcoming works on the Kinderhook plates and Joseph Smith's First Vision. His book The Lost 116 Pages: Reconstructing the Book of Mormon's Missing Stories was released fall 2019. He lives in Springville, Utah.