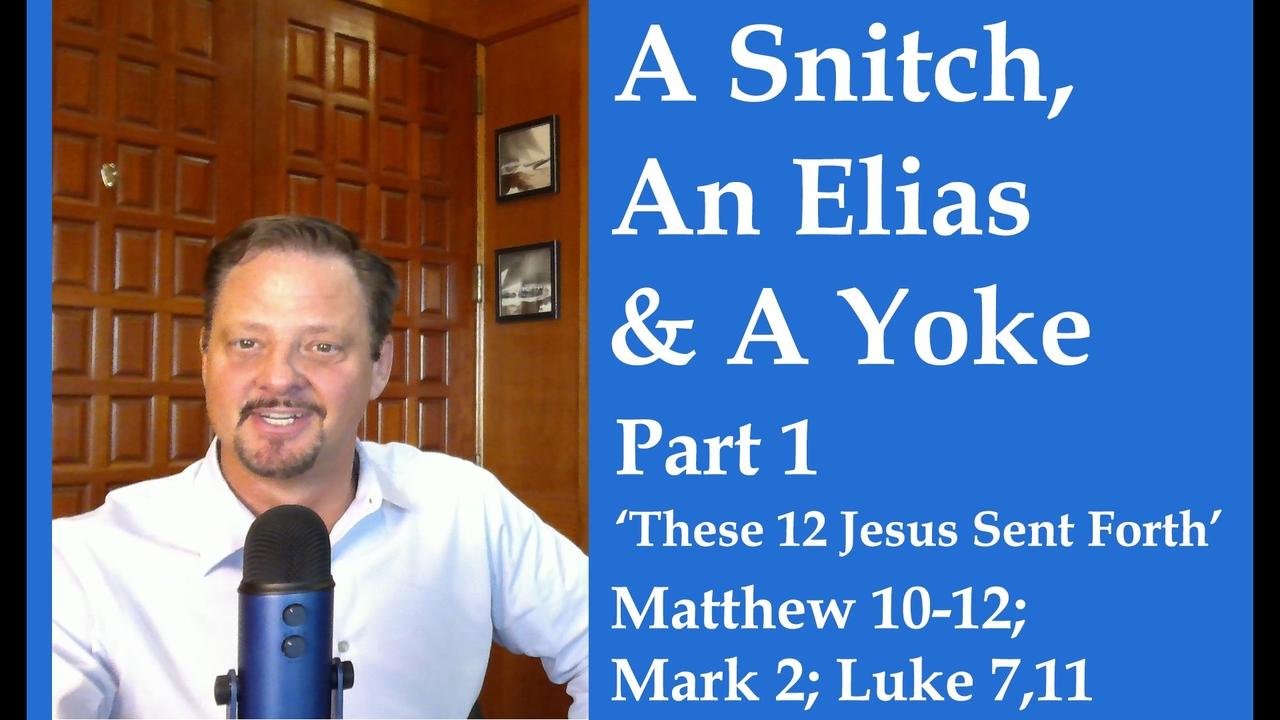 'A Snitch, An Elias & A Yoke'
- How societies get family members to turn on each other.
- The Joseph Smith Doctrine of the Spirit of Elias and The Spirit of Elijah
- How Christ's 'Yoke' is 'easy'.