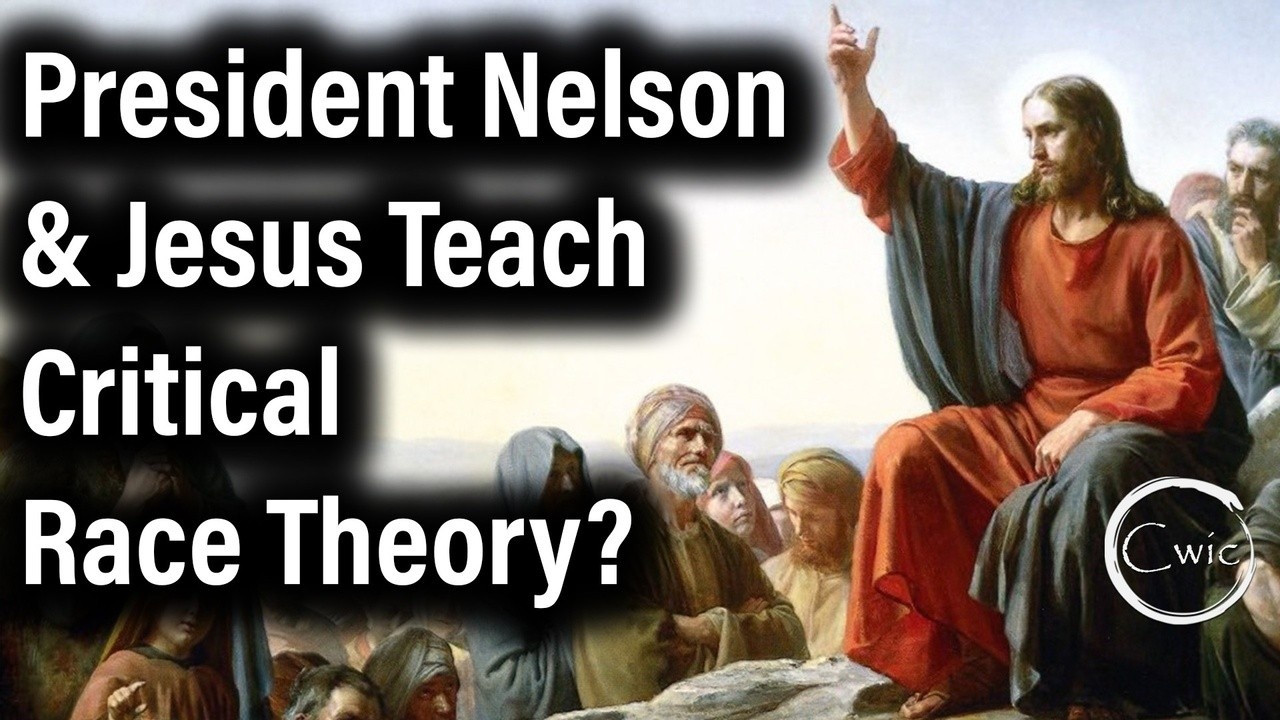 Viewer: You have made mention a number of times that we must follow Dr. King and his hope that people will not be judged according to the color of our skin. It appears that you assume that if we do that right now as a country, that everything will be equal, is that accurate? That we will then be on the same playing field no matter the color of our skin? that racism will cease to exist?

Greg: No, that is not accurate. I never said that. Racism will likely always exist. But we can diminish it as we have done effectively though slowly in the past. My point is that we need to work toward universal principles of liberalism and freedom regardless of our skin color. The constitution is to be neutral. That is not what CRT asks for. However, even with these universal principles, we must have charity. Without that, it doesn't work for everyone. Colorblindness is nuanced. With CRT, it is a code word for liberal democracy which is a target of Critical Theory. "All rules apply to everyone equally" (equality theory). That is what MLK fought for. However, that doesn't mean we should be blind to our differences and our backgrounds. We should revel in those differences while the principles remain universal. CRT changes our values hierarchy by placing our "intersectional" identity above all else. That is, a collective identity while diminishing the individual and the greatest identity as a Child of God. Both identities and roles are important, but when we alter the importance of each, we deconstruct society and it heads toward chaos.

Viewer: Thanks for the responses. It seems there is lots of research indicating that all rules have not and continue to not be applied equally as the Constitution directs. It seems that the color of one's skin has impacted who is wealthy in the US, who dies more at the hospital, who receives mental health services, who can engage in political activities such as voting, who are killed more by police, who are incarcerated more, who gets harsher punishments for the same crime as others. For me, these are systems that have had racial bias within them. It seems that calling out such systemic inequalities and facilitating change within those systems would yield far more productive and longitudinal equality. I think I'm hearing you say that our uniqueness (including skin color) is important, but to emphasize it, would lead to chaos. My take is that without addressing the documented inequalities that perniciously persist within our country, we will continue to deny equality to those who suffer needlessly based upon the color of one's skin. I don't agree with Marxism. Let's be clear. I do believe that race has had a profound impact on how some have benefited and how some have been marginalized as non-White individuals. and those benefits have been integrated into systems within our country to benefit the Majority while leaving behind the Minority. You say that change has been slowly happening over time. I agree with you, it has been for the better. We no longer have enslaved people. We no longer have Jim Crow laws, we no longer have state/federal sanctioned segregation, we no longer have bank sanctioned redline districts. But to say we are "almost there" is definitely turning a blind eye to the present struggles of those who are still fighting (examples that I mentioned above). I believe that we do need to be like Jesus, have charity, and reach out to the marginalized of society and allow equal opportunity for all.

Greg: I believe you are conflating two issues, 1) Systemic Racism and, 2) Systemic Culture. Both matter. In regards to systemic racism, it seems to me that the obvious references you give are all from the distant past. The "inequalities" may not be due to systemic racism. If they are, I'd be the first to call it out. I do not believe that there are many obvious inequalities in the system. But there is "inequity" in the results. In these cases, we need to try harder to reach out to the affected individuals and families to help them move forward with successful principles of a traditional family and self-reliance (both considered "whiteness" in CRT). I've been lambasted for my positive support of the Church in their recent agreement and donations with the NAACP. What people haven't looked at is that the money is going to three specific places, 1) The United Negro College Fund, 2) To help young black individuals travel back to Africa to connect with their ancestral heritage, and 3) Money given to the NAACP for the Church's Self-Reliance Program. These are all great answers to how to help those who are in the worst circumstances. There is no blank check. The money is not for political purposes. The money is not to change systems. It is to change individuals and families. This is not CRT. This is the pure love of Christ and it would be wise for each of us to do likewise if not financially, then in our time and focus. One place I have seen obvious systemic problems is in our justice system. As you say, "there is lots of research indicating that all rules have not and continue to not be applied equally as the Constitution directs." That is an area where I concur. The First Step Act of 2018 is making a difference in prison reform and at the end of the year, we will learn much more about its impact. Mind you, this is not about killing black men. That is a fallacy. You can check the numbers of police killings against unarmed black men in the Washington Post. Those numbers are not going up. They are actually incredibly small (roughly 20/year) in a country with roughly 43,000,000 blacks. Of course, any number is a tragedy. However, profiling, police treatment, and sentencing are definitely biased against blacks. Especially in the South. Therefore, I donate money to an organization that fights this on a "systemic" level. The organization is definitely on the left and their objectives mostly match what I believe needs to be done. Very much the opposite of the organization called, Black Lives Matter. Richard Sherman, the very wealthy and popular NFL cornerback was just arrested for burglary and domestic violence. If he is actually guilty, this has nothing to do with him being black. Nor does it have to do with his station in life. Individuality matters too. Class will play a much bigger role in his case, not color. He will have the money to buy the best possible defense. If you actually look at the "systems", where do you still find systemic racism? Healthcare, mental health, and voting are not systemic problems to me. This is an issue of education and culture. That does not mean it is only on their shoulders as some in my audience might believe. But like the Church, we need, no we MUST, reach out and help. If we do not, pernicious, political actors and ideologies will immerse themselves in the charitiless chasm and only cause further damage and greater societal conflict. Universal principles of liberalism as found in the Declaration of Independence and the US Constitution are timeless, that is, Eternal, and we must support them. The problem doesn't lie there. The problem lies in reaching out with charity. We do need "assimilation" to those principles. Ibram Kendi calls that "racism." He calls it "whiteness." But in spirit, these are the same principles the prophets and the righteous Nephites (not white) followed in the Book of Mormon. And those dissenters all wanted to destroy them (Amlicites, Amalekites, Amulonites, Amalickiahites, King-men, Gadianton Robbers). To be a Zion people, we must all "assimilate" to the Gospel and to true principles. There is one path with the gospel. Not many. Our individual "life experiences", while important, do not carry the banner of objective truth. When it comes to universal principles of liberty and the gospel, assimilation is good. Much of what I think you are saying is about "equity". The numbers in the results. We need "equality" of good principles and an outpouring of charity to help "those who will" join in those principles. No one can be forced to follow them. "The equality of God is not the equal outcomes for all, but equal opportunity for all." President Dallin H. Oaks In the end, regardless of the problems we face, CRT is destructive to everyone, including those of color.