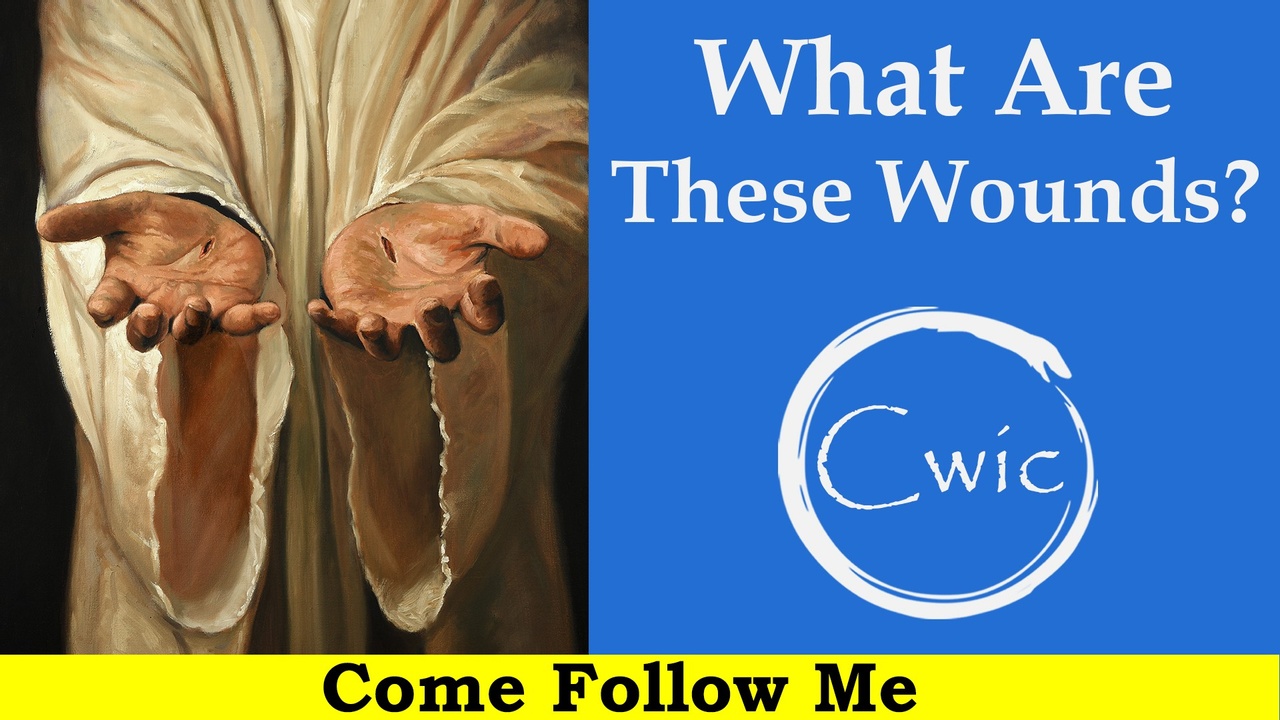 "What Are These Wounds?"

This Come Follow Me episode of Doctrine and Covenants 45 is a rehash of Matthew 24. It covers the signs to come before destruction. It was given originally by Jesus on the Mount of Olives in Jerusalem. It is the precursor and trigger for Joseph Smith Matthew found in the Pearl of Great Price. This covers deception in our times, a Jaredite-like war, and the breakdown of society into "ites" or tribes. It is the opposite of the gathering of Zion.