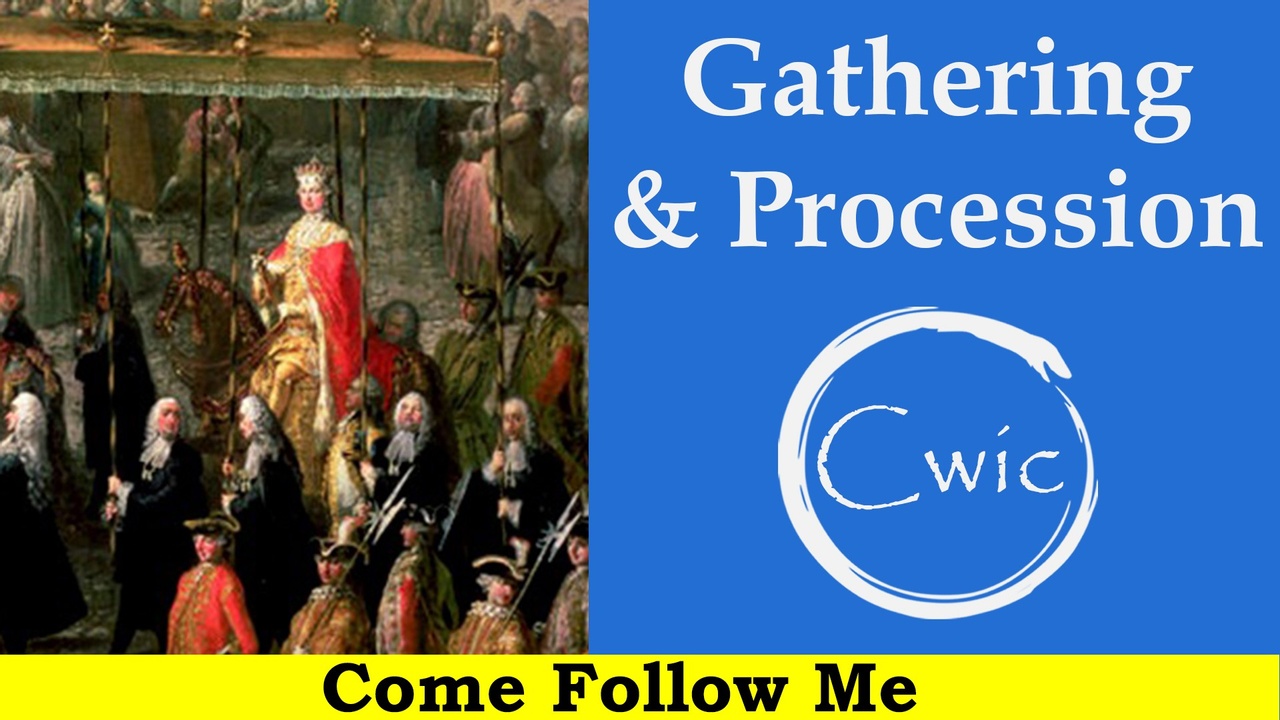 How Gathering is the preparation for the Royal Procession or Second Coming of Jesus Christ.

The Doctrine and Covenants continues to lay the foundation on the doctrine of "gathering". When we see gathering in the context of the ancient Royal Procession Interpreter with the Second Coming of Jesus Christ as the King coming to the temple then we can better understand this metaphor throughout the scriptures. Also, the gathering is part of Atonement.