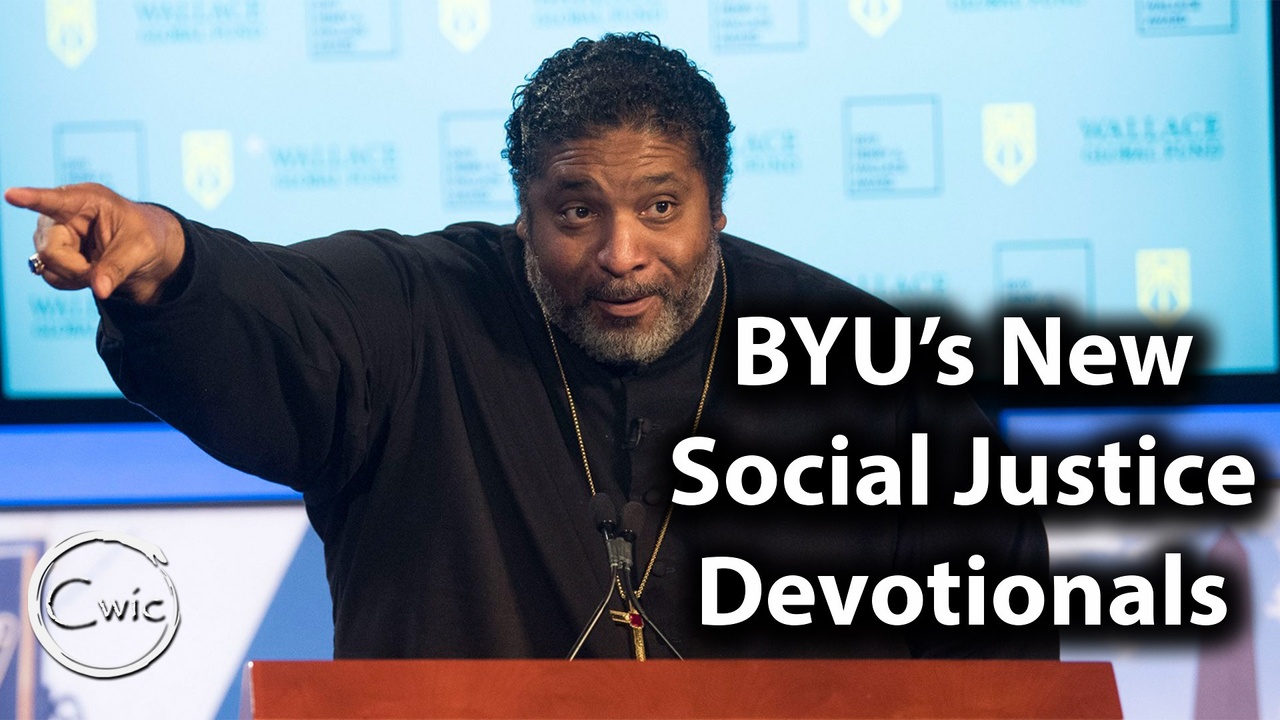 BYU's guest Devotional speaker last week was the Reverend Dr. Willaim Barber II. He spoke of forming political coalitions and a "Moral March" on Washington. While not quite a leftist like Ibram Kendi, Barber is a political activist who preached a political sermon at the BYU Devotional. It was very similar to his Democratic National Convention speech in 2020 with the added fervor of a passionate sermon. While there were many positive points made by William Barber, including reading from the Book of Mormon, this was simply a rallying cry for political activation with political talking points. In the end, the BYU audience gave him a standing ovation. His image was on the BYU home page all week.